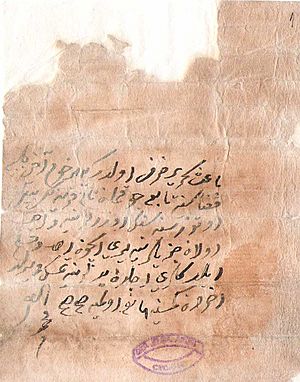 Jizyah is the Arabic language translation of Poll tax or "head tax". The jizyah is a per capita tax imposed on males of other faiths under Muslim rule in exchange for the protection of the Muslim community. Those who paid jizyah were exempt from paying Zakat, a tax imposed on Muslims.

The underlying root meaning of the word jizyah is compensation. It is unclear if the mention of compensation in the Qur'an clearly refers to monetary compensation. The word was later applied to a special tax levied on those who did not accept Islam.

There was no amount permanently fixed for it; females, children, the poor, the disabled, monks, and hermits were exempt from it. Jizyah was applied to every free male member of the communities known as People of the Book, and/or to non-Muslims living in lands under Muslim rule. Historically, Muslim rulers have also attempted to collect jizyah from Hindus, Sikhs and Zoroastrians under their rule as well. The collection of the tax was often the duty of the elders of those communities.

In return, those who paid jizyah were not required to serve in the military and were considered under the protection of the Muslim state, with certain rights and responsibilities. If a non-Muslim chose to serve in the army, he was exempt from paying jizyah.

All content from Kiddle encyclopedia articles (including the article images and facts) can be freely used under Attribution-ShareAlike license, unless stated otherwise. Cite this article:
Jizya Facts for Kids. Kiddle Encyclopedia.