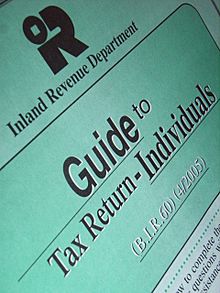 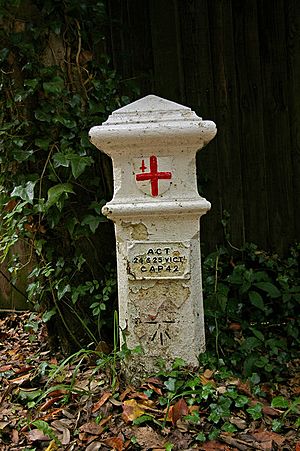 Tax is money that people have to pay to the government.

The government uses the money it gets from taxes to pay for things. For example, taxes are used to pay for people who work for the government, such as the military and police, provide services such as education and health care, and to maintain or build things like roads, bridges and sewers.

There are many different kinds of taxes. They may be direct tax or indirect tax.

Taxes can also be split into 3 groups:

Often because different parts of governments use taxes for different things, people end up paying lots of taxes.

In the United States, for example, the national government has an income tax; most states have an income tax or a sales tax, or both; and cities and towns may have a sales tax or a property tax. In some states such as Ohio, the sales tax is different in each county.

In ancient times, people from one city or area would attack another place, and make the people there pay tribute. Tribute meant that the attacked people would pay money (or other things), and the attacker would stop attacking them. A famous tribute was the Danegeld, when people from Denmark conquered part of England and made the English pay thousands of silver coins.

Groups who are against taxes

Anarchists and Libertarians are against all taxes or against high taxes. As people are paying them unwillingly and under the threat of sanctions, they say that taxation is the same as robbery.

All content from Kiddle encyclopedia articles (including the article images and facts) can be freely used under Attribution-ShareAlike license, unless stated otherwise. Cite this article:
Tax Facts for Kids. Kiddle Encyclopedia.