Dame Joan Henrietta Collins, DBE (born 23 May 1933) is an English actress, author and columnist. Born in London, Collins grew up during the Second World War. After making her stage debut in the Henrik Ibsen play A Doll's House at the age of nine, she trained as an actress at the Royal Academy of Dramatic Art (RADA) in London. She then signed an exclusive contract with the Rank Organisation and appeared in various British films.

In 1981, she landed the role of Alexis Colby, the vengeful and scheming ex-wife of John Forsythe's character, in the 1980s soap opera Dynasty, winning a Golden Globe Award for Best Actress in 1982; she is credited with the success of Dynasty, which was the most-watched television series in the United States during the 1984-85 broadcast season. Collins also received a star on the Hollywood Walk of Fame in 1983 for career achievement.

In 2015, Collins was made a Dame by Queen Elizabeth II for services to charity. Since the late 1970s, Collins has written several books (including beauty and autobiographical books). In 1988, she published her first novel, Prime Time, and she has continued to publish various kinds of writing. A member of the Conservative Party, Collins was invited to attend the funeral of former Prime Minister Margaret Thatcher in April 2013. 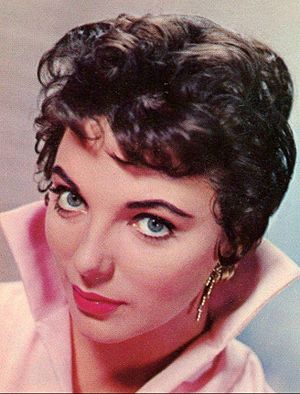 Collins was born in Paddington, London, and brought up in Maida Vale, the daughter of Elsa Collins (née Bessant), a dance teacher and nightclub hostess, and Joseph William Collins an agent whose clients would later include Shirley Bassey, the Beatles, and Tom Jones. Her father, a native of South Africa, was Jewish, and her British mother was Anglican. She had two younger siblings, Jackie (1937–2015), a novelist, and Bill, a property agent. She was educated at the Francis Holland School, an independent day school for girls in London and then trained at the Royal Academy of Dramatic Art.

Collins has been married five times. The first time was to Irish actor Maxwell Reed. They married on 24 May 1952 and divorced in 1956. 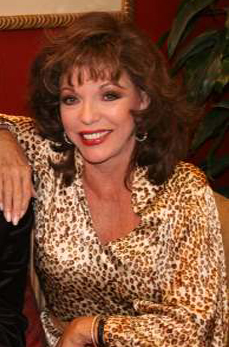 Collins married award-winning singer, actor and movie composer Anthony Newley on 27 May 1963. She and Newley had two children, a daughter Tara Cynara Newley and a son, Alexander Anthony "Sacha" Newley. Collins and Newley divorced in 1970.

In March 1972, Collins married her third husband Ron Kass. He was the president of Apple Records during the time of the Beatles. During their marriage Collins had her third and final child, a daughter, Katyana Kennedy Kass. Collins's marriage to Kass ended in divorce in 1983.

On 3 November 1985, Collins married Swedish singer Peter Holm in a ceremony in Las Vegas. They were divorced on 25 August 1987.

In 2001 Collins met theatrical company manager Percy Gibson, 32 years her junior. They married on 17 February 2002 at Claridge's Hotel in London. They renewed their vows in 2009. The pair were contestants on the Christmas Day edition of the ITV game show All Star Mr. & Mrs. in 2009. 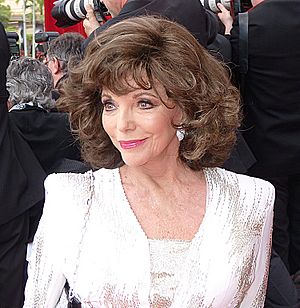 Collins has homes in London, Los Angeles, New York and the South of France, describing her life as being "that of a gypsy".

As of 2013, Collins has three grandchildren.

Collins maintains residences in London, Los Angeles, New York City, and France, describing her life in 2010 as being "that of a gypsy".

Collins's younger sister was Jackie Collins, a pioneer of romantic novels, who died in September 2015. Collins was told only two weeks before her sister's death of the breast cancer she'd had for over six years. 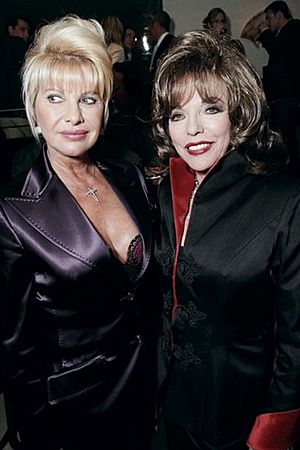 Collins has publicly supported several charities for several decades. In 1982, Collins spoke before the U.S. Congress about increasing funding for neurological research. In 1983, she was named a patron of the International Foundation for Children with Learning Disabilities, earning the foundation's highest honour in 1988 for her continuing support. Additionally, 1988 also had the opening of the Joan Collins Wing of the Children's Hospital of Michigan in Detroit. In 1990, she was made an honorary founding member of the National Society for the Prevention of Cruelty to Children.

In 1994, Collins was awarded the lifetime achievement award from the Association of Breast Cancer Studies in Great Britain for her contribution to breast cancer awareness in the UK. Collins is patron of Fight for Sight; in 2003, she became a patron of the Shooting Star Chase Children's Hospice in Great Britain, while continuing to support several foster children in India, something she has done for the past 25 years. Collins serves her former school, the Royal Academy of Dramatic Art, as the Honorary President of the RADA Associates. 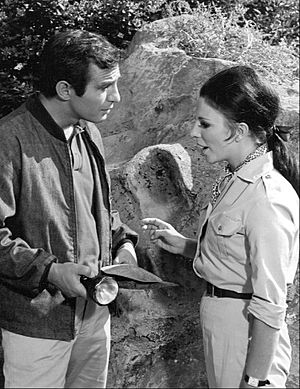 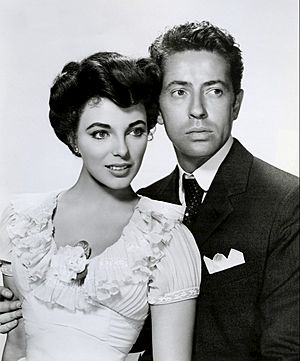 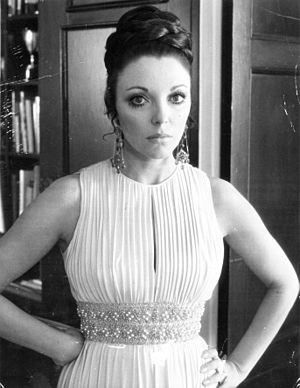 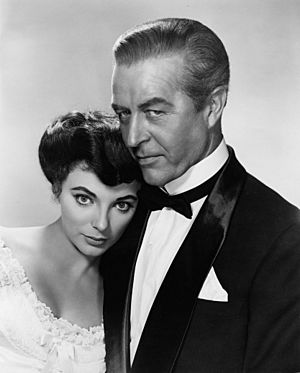 All content from Kiddle encyclopedia articles (including the article images and facts) can be freely used under Attribution-ShareAlike license, unless stated otherwise. Cite this article:
Joan Collins Facts for Kids. Kiddle Encyclopedia.