John J. B. Wilson (born May 24, 1954) is an American copywriter and publicist. He majored in film and television at University of California, Los Angeles, and after graduation worked on film marketing campaigns. 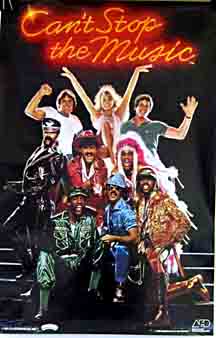 Wilson is the co-founder of the Golden Raspberry Awards (also known as the Razzies) along with Mo Murphy, an annual ceremony dedicated to "honoring" the worst in film. In 1981, while hosting a potluck dinner at his house on the night of the Academy Awards, Wilson invited his friends to give impromptu award presentations in his living room. The following year, Los Angeles Daily News covered the event, the 1st Golden Raspberry Awards, and from behind a cardboard podium Wilson announced Can't Stop the Music as the first Razzie Award for Worst Picture. Attendance doubled at Razzie award ceremonies in the following years, and by the 4th Golden Raspberry Awards the event received coverage from CNN and two major news wires. Wilson has retained an active role in the awards, and is referred to as the "Head Razzberry".

Wilson grew up in Chicago, Illinois, and moved with his parents to Santa Monica, California, at age 9. At a young age he would skip school in order to watch the Academy Awards from the bleachers. He attended University of California, Los Angeles, majoring in film and television. While attending college, he also managed the Fox Theater, Westwood Village. After graduating UCLA, Wilson obtained a position working on marketing campaigns for movies and as a copywriter for a sponsor of the Los Angeles Film Festival, and watched over 200 movies per year in this capacity.

As of 2005, Wilson lives in Cerritos, California with his wife Barbara. They have one son.

All content from Kiddle encyclopedia articles (including the article images and facts) can be freely used under Attribution-ShareAlike license, unless stated otherwise. Cite this article:
John J. B. Wilson Facts for Kids. Kiddle Encyclopedia.