The Academy Awards, commonly known as the Oscars, are the best-known movie awards in the United States. The awards have been given by the Academy of Motion Picture Arts and Sciences since 1929. The awards ceremony takes place each year in late February or early March in Hollywood, California. 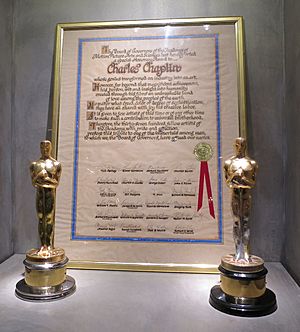 In the first years of the award, the trophy was called Academy Award of Merit. The origin of the name Oscar is not clear, it is certain, that the name was used in 1931.

It is said that Oscar is not the official name of the statue. But the nickname is trademark-protected. The statue is 13 ½ inches tall and weighs 8½ pounds. 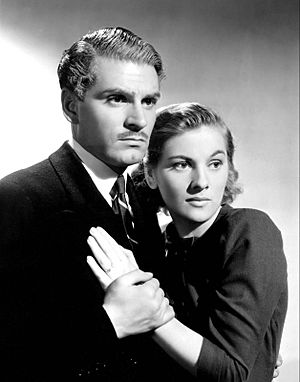 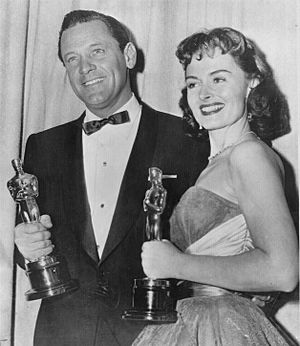 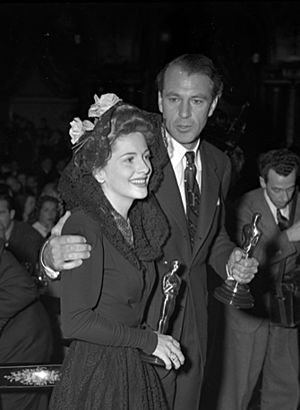 The five categories best picture, best director, best actor, best actress and best Original Screenplay are the most important categories and they are called the Big Five. There are only three films that won all these categories: It Happened One Night, One Flew Over the Cuckoo's Nest and The Silence of the Lambs.

All About Eve and Titanic had 14 nominations. This is the nomination record. 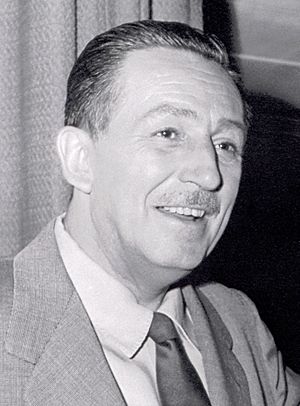 Katharine Hepburn (1907–2003) has the most awards as a performer. She received 4 Oscars in the category best actress.

Meryl Streep has the most nominations as performers with 17 Oscar nomination. Jack Nicholson, Daniel Day-Lewis and Walter Brennan (1894–1974) have three Academy Awards amongst men.

All content from Kiddle encyclopedia articles (including the article images and facts) can be freely used under Attribution-ShareAlike license, unless stated otherwise. Cite this article:
Academy Awards Facts for Kids. Kiddle Encyclopedia.