Joan de Beauvoir de Havilland (October 22, 1917 – December 15, 2013), known professionally as Joan Fontaine, was a British-American actress best known for her starring roles in Hollywood films. Fontaine appeared in more than 45 feature films in a career that spanned five decades. She was the younger sister of actress Olivia de Havilland. 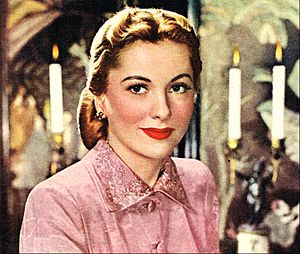 Born in Tokyo to British parents, Fontaine moved to California before she was two years old. She traveled there along with her mother, Lilian Fontaine, and sister, the actress Olivia de Havilland, following her parents' divorce.

After living in Japan and attending school there for a short while, she began her stage career in 1935, signing a film contract with RKO Pictures. Fontaine received her first major role in The Man Who Found Himself (1937); however, she failed to make a significant impression and her contract was not renewed. 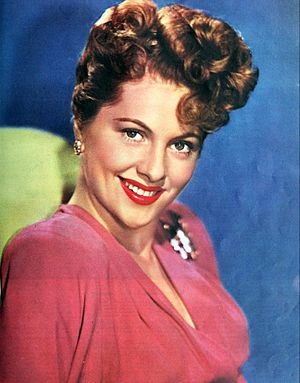 Her career prospects improved greatly after her starring role in the Alfred Hitchcock-directed Rebecca (1940), for which she received the first of what would be three nominations for the Academy Award for Best Actress; the following year, she won for her role in Suspicion (1941). A third Oscar nomination came with the film The Constant Nymph.

She appeared mostly in drama films through the 1940s—including Letter from an Unknown Woman, which is now considered a classic. In the next decade, her career began to decline and she moved into stage and television roles. She appeared in fewer films into the 1960s, her final feature film being The Witches (1966). 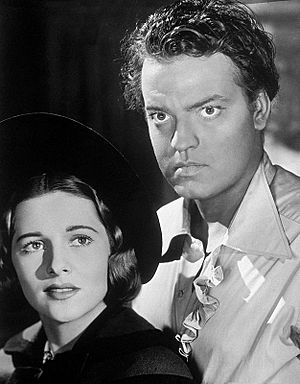 Fontaine held dual citizenship; she was British by birthright (both her parents were British) and became an American citizen in April 1943. Outside of acting, Fontaine was also noted as being a licensed pilot, an accomplished interior decorator, and a Cordon Bleu-level chef.

Fontaine's autobiography, No Bed of Roses, was published in 1978. In 1982, she traveled to Berlin, Germany and served as a jury president for the Berlin International Film Festival.

Fontaine's last role for television was in the 1994 TV film Good King Wenceslas, after which she retired to her estate, Villa Fontana, in Carmel Highlands, California, where she spent time in her gardens and with her dogs.

For her contribution to the motion picture industry, Fontaine has a star on the Hollywood Walk of Fame at 1645 Vine Street. She left her hand and foot prints in front of the Grauman's Chinese Theatre on 26 May 1942. 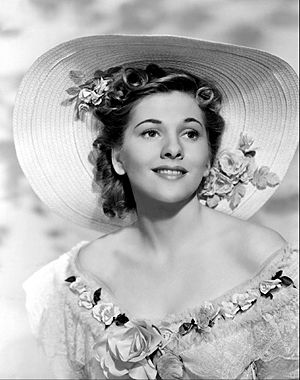 For most of her middle to later life, Fontaine was active in radio, television, and the stage. She released an autobiography, No Bed of Roses, in 1978; she continued to act until her last performance in 1994. Fontaine lived in Carmel Highlands, California, where she owned a home, Villa Fontana. 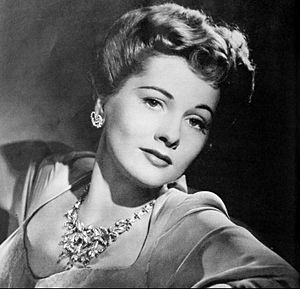 On December 15, 2013, Fontaine died in her sleep of natural causes at the age of 96 in her Carmel Highlands home. Her longtime friend Noel Beutel said, "She had been fading in recent days and died peacefully." After Fontaine's death, de Havilland released a statement saying she was "shocked and saddened" by the news. Fontaine was cremated.

Fontaine's Academy Award for Best Actress in Suspicion was initially going to be sold at an animal rights auction; however, the Academy threatened to sue since it was not offered back to them for $1 and Fontaine's estate retained possession.

All content from Kiddle encyclopedia articles (including the article images and facts) can be freely used under Attribution-ShareAlike license, unless stated otherwise. Cite this article:
Joan Fontaine Facts for Kids. Kiddle Encyclopedia.