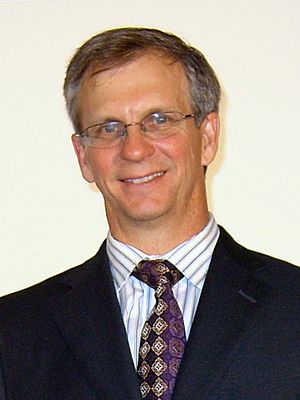 A tie as usually worn 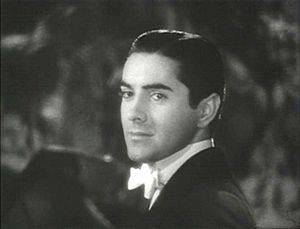 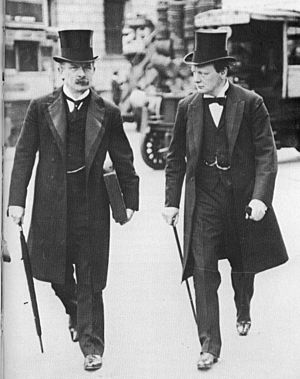 Lloyd George on the left, Winston Churchill on the right, 1907

A necktie (or "tie") is an article of clothing worn by men. A tie is part of an ensemble (or outfit) of clothing called the "suit and tie." This outfit is worn in Western countries by men in professional jobs such as business, law, and politics.

A necktie is usually made of silk or polyester, and it usually has a color or pattern on it. Men tie a knot in neckties and wear them with dress shirts in order to make them look more formal. 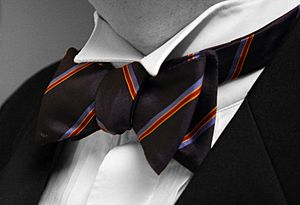 The bow tie is a type of necktie. It is a ribbon of fabric tied around the collar in a symmetrical manner such that the two opposite ends form loops.

Ready-tied bow ties are available, in which the distinctive bow is sewn and a band goes around the neck and clips to secure. Some "clip-ons" dispense with the band altogether, instead clipping to the collar.

All content from Kiddle encyclopedia articles (including the article images and facts) can be freely used under Attribution-ShareAlike license, unless stated otherwise. Cite this article:
Necktie Facts for Kids. Kiddle Encyclopedia.