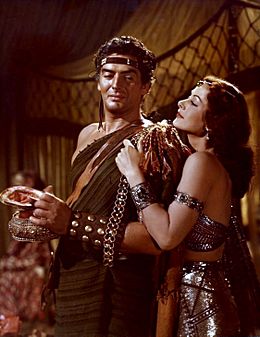 Edith Head's costume designs for Victor Mature and Hedy Lamarr in Samson and Delilah (1949), for which she won an Oscar. 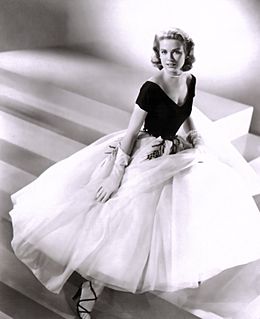 Edith Head (October 28, 1897 – October 24, 1981) was an American costume designer who won a record eight Academy Awards for Best Costume Design between 1949 and 1973, making her the most awarded woman in the Academy's History.

Born and raised in California, Head started her career as a Spanish teacher, but was interested in design. After studying at the Chouinard Art Institute in Los Angeles, Head was hired as a costume sketch artist at Paramount Pictures in 1923. She won acclaim for her design of Dorothy Lamour’s trademark sarong in the 1936 film The Jungle Princess, and became a household name after the Academy Award for Best Costume Design was created in 1948. Head was considered exceptional for her close working relationships with her subjects, with whom she consulted extensively; these included virtually every top female star in Hollywood.

Head worked at Paramount for 44 years. In 1967, the company declined to renew her contract, and she was invited by Alfred Hitchcock to join Universal Pictures. There she earned her eighth and final Academy Award for her work on The Sting in 1973.

All content from Kiddle encyclopedia articles (including the article images and facts) can be freely used under Attribution-ShareAlike license, unless stated otherwise. Cite this article:
Edith Head Facts for Kids. Kiddle Encyclopedia.