Urvina died in Guayaquil on September 4, 1891 at 83 years of age. His son was Francisco Urbina Jado. 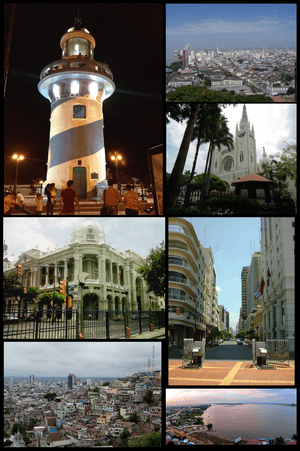 José María Urvina pursued his primary education in the village of his birth. He then attended the Navy School in Guayaquil.

He was generally known among his classmates from whom he obtained friendship and consideration.

His competence and courage in the naval combat of Punta de Mapelo rose him above other members of the group.

He was the aide-camp of Juan Jose Flores. In his career he demonstrated his suitability, reaching the degree of General of the Republic. He was one of the the most popular leaders of the 19th century, and one of the most discussed.

All content from Kiddle encyclopedia articles (including the article images and facts) can be freely used under Attribution-ShareAlike license, unless stated otherwise. Cite this article:
José María Urvina Facts for Kids. Kiddle Encyclopedia.