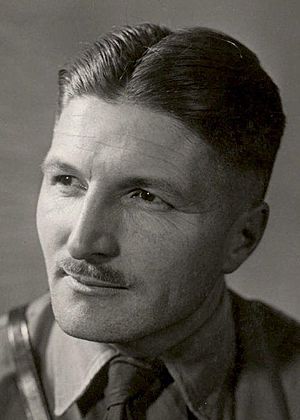 Berchtold was in the World War I and had the rank of second lieutenant at the end of the war. In 1920 he joined the NSDAP and in 1922 also the SA. He was thought to be better than Julius Schreck, but was still not able to keep the people who started the party under control. After a lot of arguing he resigned in 1927 and was replaced by his deputy, Erhard Heiden.

All content from Kiddle encyclopedia articles (including the article images and facts) can be freely used under Attribution-ShareAlike license, unless stated otherwise. Cite this article:
Joseph Berchtold Facts for Kids. Kiddle Encyclopedia.