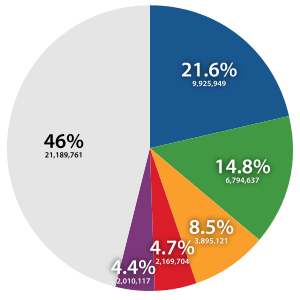 Korean names today have different rules than they had in the past. And, this article mainly covers South Korea's. The North Korean one could be different. While the traditional practice is still largely followed, since the late 1970s, some parents have given their children names that are native Korean words, usually of two syllables. Between 2008 and 2015, the proportion of such names among South Korean newborns rose. Despite this trend away from traditional practice, people's names are still recorded in both hangul and hanja (if available) on official documents.

Originally, there was no legal limitation on the length of names in South Korea. As a result, some people registered extremely long given names composed of native Korean words, such as the 16-syllable Haneulbyeollimgureumhaennimbodasarangseureouri (roughly meaning, "More beloved than the stars in the sky and the sun in the clouds"). However, beginning in 1993, new regulations required that the given name be five syllables or shorter.

Number of parts of a name

Korean names have two parts. One is the family name and the other is the given name.

Married men and women usually keep their full personal names, and children take the father's family name. So, a son of Ha Hi-Ra (female) and Choi Su-Jong (male) will be Choi something.

Although Koreans have nicknames, these usually come from their personal characteristics like appearance, a physical defect, or the word has similar pronunciation with his name. They are different from the nicknames in the Western sense such as Bob, Bill, Liz and Kate. Unfavorable nicknames are more common than favorable ones. After growing up, being called by nicknames is very rare.

All content from Kiddle encyclopedia articles (including the article images and facts) can be freely used under Attribution-ShareAlike license, unless stated otherwise. Cite this article:
Korean name Facts for Kids. Kiddle Encyclopedia.