Kyu Sakamoto (10 December 1941 – 12 August 1985}} was a Japanese singer and actor, best known outside Japan for his international hit song "Ue o Muite Arukō" - known as "Sukiyaki" in English-speaking markets, which was sung in Japanese and sold over 13 million copies.

It reached number one in the United States Billboard Hot 100 in June 1963, making Sakamoto the first Asian recording artist to have a number one song on the chart. 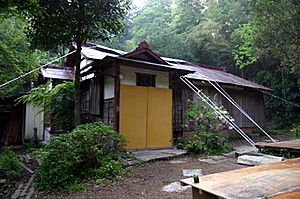 On August 12, 1985, Sakamoto was aboard Japan Airlines Flight 123, on which he was heading to Osaka for an event.

The plane crashed into two ridges of Mount Takamagahara in Ueno, Gunma, it became the deadliest single-aircraft accident in history. A total of 520 people were killed in the crash, including Sakamoto.

His body is interred at Chōkoku-ji Temple in Minato, Tokyo. 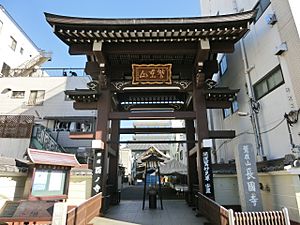 All content from Kiddle encyclopedia articles (including the article images and facts) can be freely used under Attribution-ShareAlike license, unless stated otherwise. Cite this article:
Kyu Sakamoto Facts for Kids. Kiddle Encyclopedia.