Kawasaki is a city in Kanagawa Prefecture, Japan. It is the 8th most populated city in Japan (including the Tokyo Metropolitan Area) and one of the main cities forming the Greater Tokyo Area and Keihin Industrial Area.

In the Edo period, Kawasaki-juku was 2nd of the 53 shogunate-maintained waystations (shuku-eki) along the Tōkaidō road which connected Edo and Kyoto.

Kawasaki occupies a belt of land stretching about 30 km along the south bank of the Tama River. The river is the boundary with Tokyo.

Fujitsu's Main Branch is located in Nakahara-ku. It was formerly Fujitsu's headquarters.

Kawasaki is governed by Mayor Norihiko Fukuda, an independent elected on 27 October 2013. The city assembly has 63 elected members. Mayor Fukuda was re-elected to a second term in office on 22 October 2017. 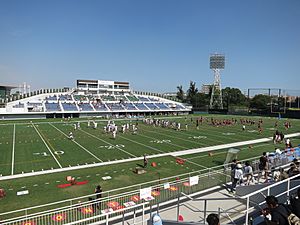 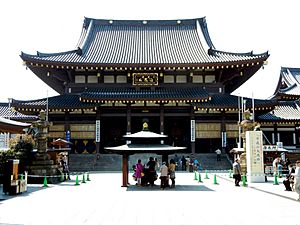 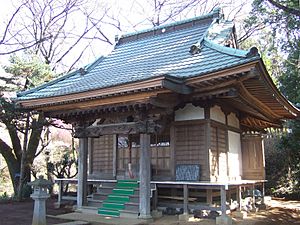 All content from Kiddle encyclopedia articles (including the article images and facts) can be freely used under Attribution-ShareAlike license, unless stated otherwise. Cite this article:
Kawasaki, Kanagawa Facts for Kids. Kiddle Encyclopedia.