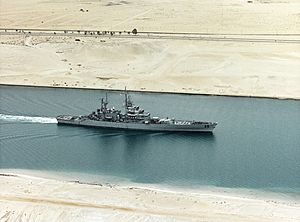 A US warship in the Suez Canal 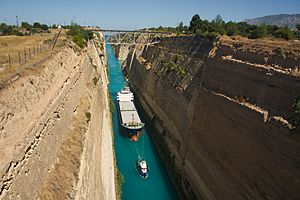 Some canals require blasting through rock

Canals are human-made channels for water. There are two types of canal:

Other canals are used for irrigation or hydropower. 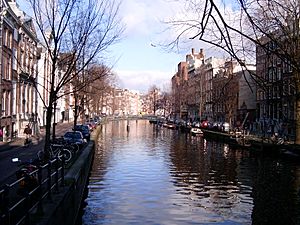 All content from Kiddle encyclopedia articles (including the article images and facts) can be freely used under Attribution-ShareAlike license, unless stated otherwise. Cite this article:
Canal Facts for Kids. Kiddle Encyclopedia.