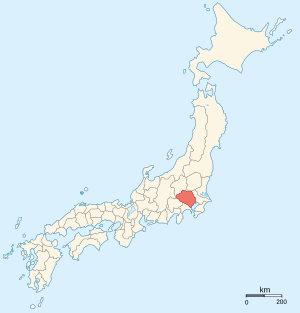 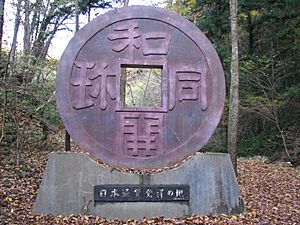 The province had borders with Kai, Kōzuke, Sagami, Shimōsa, and Shimotsuke Provinces.

The ancient capital city of the province was near Fuchu. By the Sengoku period, the main city was Edo. 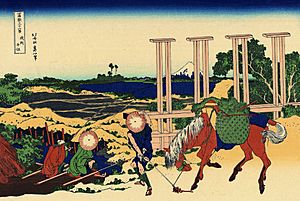 In the Edo period, the Tōkaidō road was the main route between the Imperial capital at Kyoto and the main city of the Tokugawa Shogunate. The road passed through Musashi.

In the Meiji period, the provinces of Japan were converted into prefectures. The maps of Japan and Musashi Province were reformed in the 1870s.

The Imperial Japanese Navy battleship Musashi was named after the province.

Timeline of important events in Musashi

Hikawa jinja was the chief Shinto shrine (ichinomiya) of the province; and there are many branch shrines.

All content from Kiddle encyclopedia articles (including the article images and facts) can be freely used under Attribution-ShareAlike license, unless stated otherwise. Cite this article:
Musashi Province Facts for Kids. Kiddle Encyclopedia.