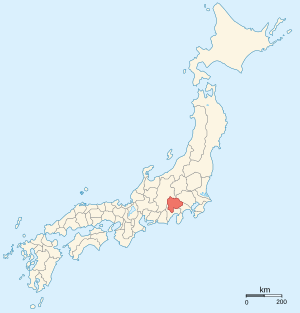 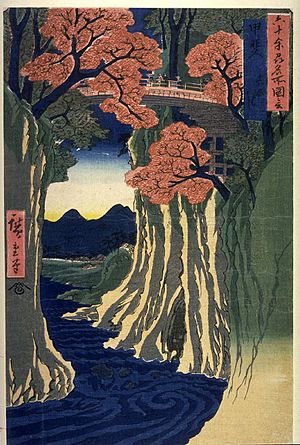 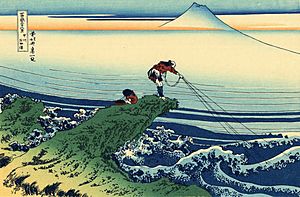 During the Sengoku period, the warlord Takeda Shingen ruled Kai from his stronghold at Kōfu. After the Takeda, the area was controlled by the Tokugawa clan.

In the Meiji period, the provinces of Japan were converted into prefectures. The maps of Japan and Kai Province were reformed in the 1870s.

The area was briefly re-named Kōfu Prefecture; and it was re-named Yamanashi Prefecture in 1871.

Kai is west of Tokyo. The province is landlocked. It is in a mountainous region that includes Mount Fuji along its border with Shizuoka Prefecture.

Asama jinja was the chief Shinto shrine (ichinomiya) of Kai.

All content from Kiddle encyclopedia articles (including the article images and facts) can be freely used under Attribution-ShareAlike license, unless stated otherwise. Cite this article:
Kai Province Facts for Kids. Kiddle Encyclopedia.