LOOK Musical Theatre (LOOK) was a professional musical theatre company based in Tulsa, Oklahoma. The organization, governed by an elected board of directors, followed a repertory model in presenting a summer festival program of musicals and comic opera. LOOK's annual summer season of performances at the Tulsa Performing Arts Center is known as "The LOOK Festival."

The company was founded by John and Jane Everett in 1983 as a non-profit community theater called The Gilbert and Sullivan Society of Tulsa. It changed its name to Light Opera Oklahoma in 1997 in conjunction with its transformation into a professional repertory company and expanded its repertoire to works outside the corpus of Gilbert and Sullivan's comic operas. Eric Gibson was named the artistic director in 2002. The company rebranded itself again in 2012 under its present name.

LOOK drew its orchestral forces from the Tulsa Symphony Orchestra and often recruited its dancers from the Tulsa Ballet and Tulsa Youth Ballet. The company occasionally traveled to other cities in Oklahoma, but most productions took place at the Williams Theatre of the Tulsa Performing Arts Center in downtown Tulsa. LOOK also held evening cabarets for Valentine's Day and during the fall season.

The company shut down operations in 2015 after accumulating debts. 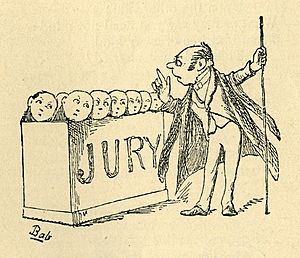 Trial by Jury was the company's first production 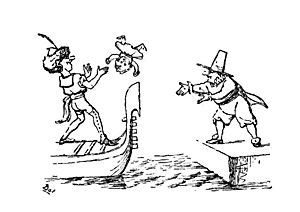 The Gondoliers was its last production

From its founding in 1983, when its first production was Trial by Jury, to 1996, the company produced a single Gilbert and Sullivan opera each year, except in 1987, when it instead presented two musicals: Man of La Mancha and Side by Side by Sondheim. Some of the early productions were directed by John Reed, a former principal comedian with the D'Oyly Carte Opera Company. In 1997, it began to expand its repertory, presenting Little Mary Sunshine as well as Princess Ida. After this, each season included a Savoy opera together with a mix of operettas and musicals, generally totaling three productions, presented in repertory, except that from 2011 to 2013, the company did not present any Gilbert and Sullivan pieces. Its seasons, after 1998, included the following shows:

All content from Kiddle encyclopedia articles (including the article images and facts) can be freely used under Attribution-ShareAlike license, unless stated otherwise. Cite this article:
LOOK Musical Theatre Facts for Kids. Kiddle Encyclopedia.