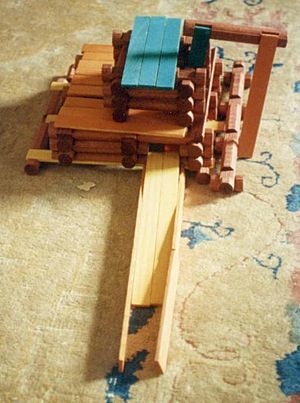 A sawmill made from Lincoln Logs 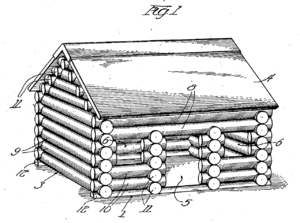 Lincoln Logs is the name of a children's toy. They are small logs made for children to build with. They were invented in Chicago, Illinois by John Lloyd Wright, son of the architect Frank Lloyd Wright.

Lincoln Logs were added into the United States National Toy Hall of Fame in 1999.

All content from Kiddle encyclopedia articles (including the article images and facts) can be freely used under Attribution-ShareAlike license, unless stated otherwise. Cite this article:
Lincoln Logs Facts for Kids. Kiddle Encyclopedia.