List of churches in the Diocese of London facts for kids 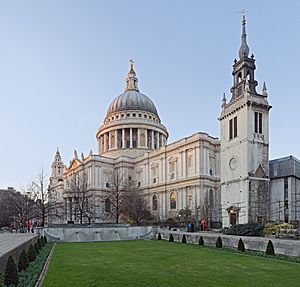 St Paul's Cathedral is the diocesan cathedral of the Diocese of London.

The Anglican Diocese of London forms part of the Province of Canterbury in England. Historically the diocese covered a large area north of the River Thames, and bordered the dioceses of Norwich and Lincoln to the north and west. The present diocese covers 177 square miles (458 km2), and 17 London boroughs, covering most of Greater London north of the Thames and west of the River Lea. This area covers nearly all of the historic county of Middlesex, and includes the City of London in which lies its cathedral, St Paul's, as well as encompassing Spelthorne, formerly in Middlesex but now in Surrey. Essex formed part of the diocese until 1846 when it became part of the Diocese of Chelmsford. The diocese is divided into five episcopal areas, each of which (except the central one) is the particular responsibility of one of the diocese's suffragan bishops. It is further divided into archdeaconries and rural deaneries, as shown below.

*including the Cathedral and Temple

**including the Abbey and its Church 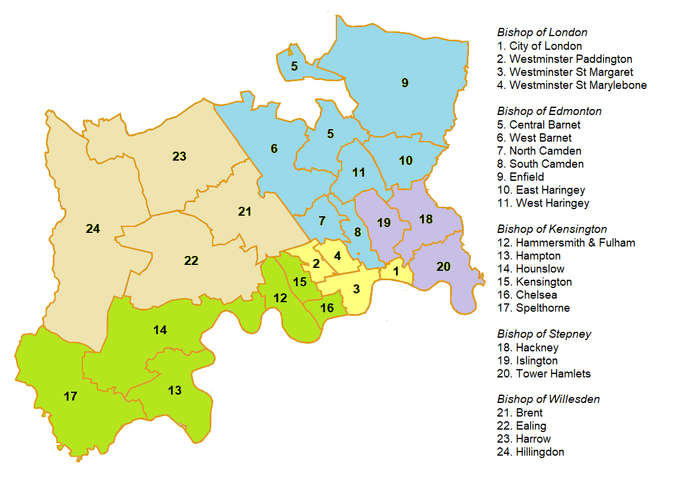 Not in a deanery

Deanery of the City of London 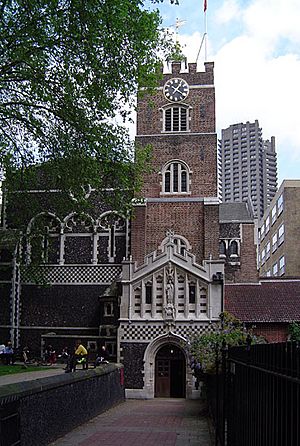 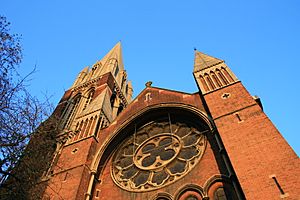 The church of St Augustine's, Kilburn

1Some sources have these churches in the West Haringey deanery. 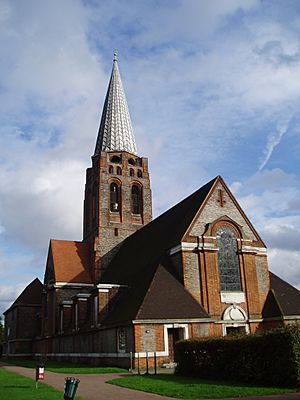 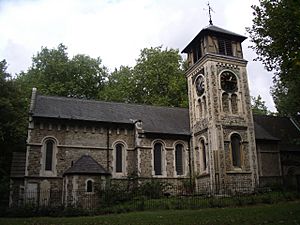 St Pancras Old Church is thought to be one of the oldest sites of Christian worship in England. 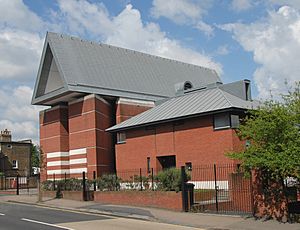 Deanery of Hammersmith and Fulham 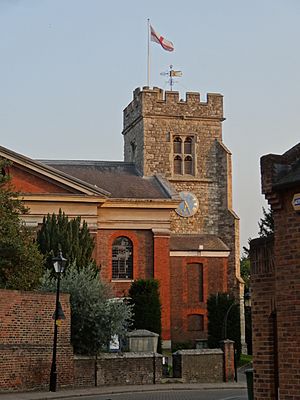 1in some sources this church is listed in Hounslow Deanery 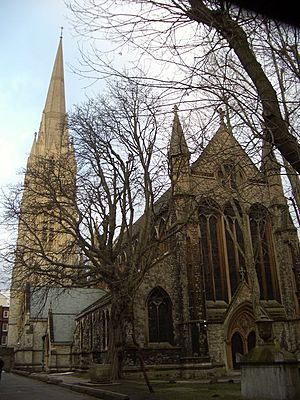 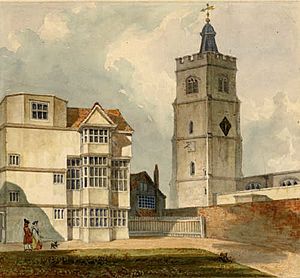 A 1750 print of the former parish church of Hackney. The tower remains, in St John's Church gardens. 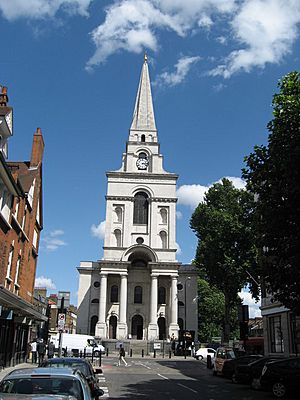 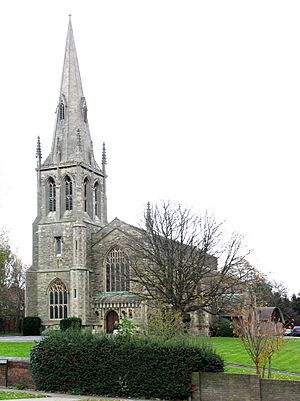 New St Andrew's Church in Kingsbury was built as a replacement for the older church, which is no longer used for Anglican worship. 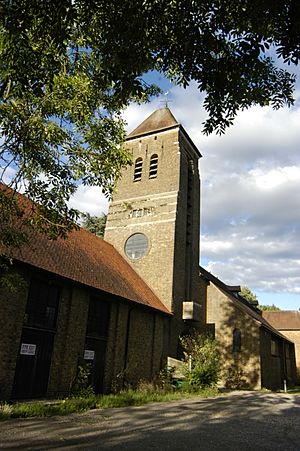 All content from Kiddle encyclopedia articles (including the article images and facts) can be freely used under Attribution-ShareAlike license, unless stated otherwise. Cite this article:
List of churches in the Diocese of London Facts for Kids. Kiddle Encyclopedia.