List of historic properties in Wickenburg, Arizona facts for kids

This is a list of historic properties in Wickenburg, Arizona, which includes a photographic gallery of some of the towns historic structures. Some of these structures are listed in the National Register of Historic Places. Others are listed as historical by the Wickenburg Chamber of Commerce. Also included are the photographs of the Vulture Mine and of various of the remaining properties and ruins of Vulture City, a ghost town situated at the site of the defunct Vulture Mine. These include the Vulture Mine-Assay office, built in 1884, and Henry Wickenburg's Settlers Home.

The fact that a property is listed in the National Register of Historic Places does not guarantee that the owner of the same will not have the property demolished. Unfortunately many of the historic sites are in grave danger of collapsing or destruction. According to Jim McPherson, Arizona Preservation Foundation Board President:

"It is crucial that residents, private interests, and government officials act now to save these elements of our cultural heritage before it is too late.”

The following structures serve as examples of historic properties which no longer exist. 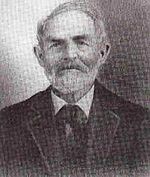 The Vulture Mine was a gold mine which was discovered in 1863. It was the most productive gold mine in the history of Arizona. From 1863 to 1942, the mine produced 340,000 ounces of gold and 260,000 ounces of silver. The Vulture mine was discovered when Henry Wickenburg, a prospector from California's gold rush, stumbled upon a quartz deposit containing gold while traveling in Arizona. Wickenburg began mining the outcrop himself.

In 1863, after Henry Wickenburg discovered the Vulture mine, Vulture City, a small mining town, was established in the area. Vulture City’s post office was established on October 4, 1880, and Henry Wickenburg was the town’s first Post Master. The town had more than five boarding houses and several buildings. The huge Vulture Mine-Assay Office building, built in 1884, still stands today. The town also had cookhouse and mess hall plus stores, saloons and even a school. The town once had a population of 5,000 citizens. The town was marked by violence. Eighteen men were hung on an ironwood tree located by the ruins of Henry Wickenburg’s house.

In 1863, the town of Wickenburg was founded by miners, ranchers and farmers who built their homes along the fertile plain of the Hassayampa River. Along the town's main historic district, early businesses built many structures that still form Wickenburg's downtown area.

The following photographs are of some of the historic structures in Wickenburg listed in the Wickenburg Chamber of Commerce.

All content from Kiddle encyclopedia articles (including the article images and facts) can be freely used under Attribution-ShareAlike license, unless stated otherwise. Cite this article:
List of historic properties in Wickenburg, Arizona Facts for Kids. Kiddle Encyclopedia.