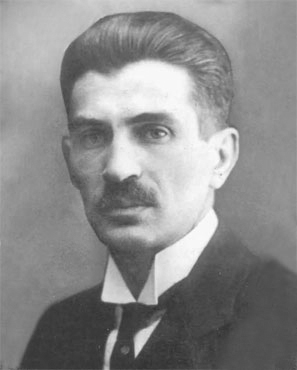 Maciej Rataj (born 19 February 1884 - died 21 June 1940) was a Polish politician of peasants movement. He was Speaker of the Parliament (Sejm). He was Acting President of Poland twice.

Rataj was an independence and peasant activist before Poland regained an independence in 1918. He became Member of Sejm in 1918. He was elected Speaker in the first regular term and held that post from 1922 to 1928. Previously, he was Minister for Religious Affairs in Wincenty Witos cabinet.

He was Acting President twice: from 16 December to 22 December 1922 and from 15 May to June 4 1926. For the first time he served between assassination of Poland's first President Gabriel Narutowicz and election of his successor Stanisław Wojciechowski. For the second, between Wojciechowski resignation after a May coup and election of Ignacy Mościcki.

After outbreak of the World War II, Rataj remained in occupied Poland and was murdered, along other prominent citizens, by Nazis in Palmiry.

All content from Kiddle encyclopedia articles (including the article images and facts) can be freely used under Attribution-ShareAlike license, unless stated otherwise. Cite this article:
Maciej Rataj Facts for Kids. Kiddle Encyclopedia.