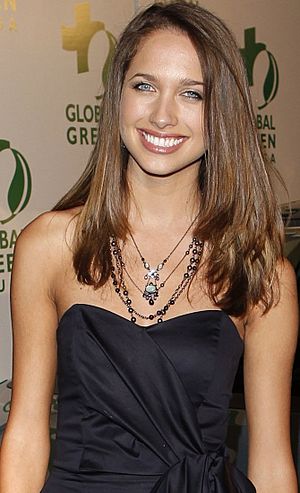 Maiara Walsh (February 18, 1988) is a Brazilian-American actress. She acts in motion pictures and television. She played Ana Solis in the ABC sitcom Desperate Housewives, Meena Paroom in Cory in the House and Simone in Switched at Birth. She also played Sarah in The Vampire Diaries. Walsh was born in Seattle.

All content from Kiddle encyclopedia articles (including the article images and facts) can be freely used under Attribution-ShareAlike license, unless stated otherwise. Cite this article:
Maiara Walsh Facts for Kids. Kiddle Encyclopedia.