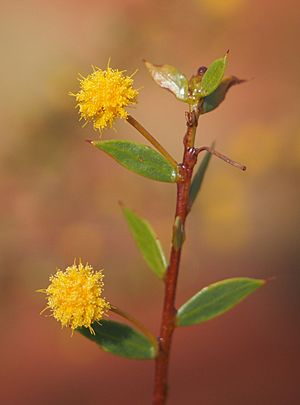 The species was first described by Ferdinand von Mueller in 1862 as part of the work Fragmenta Phytographiae Australiae. The plant is named for an early European explorer of Australia's Northwest, Maitland Brown, who collect the type specimen. It was later reclassified as Racosperma maitlandii by Leslie Pedley in 1986 but transferred back into the genus Acacia in 2001.

Acacia maitlandii is found in northern regions of all mainland states of Australia, except Victoria, and is not considered to be threatened with extinction. The favoured soil type is red sand, or stony ground, the habitat is sandy or stony plains, and on hills.

The species is used to make boomerangs and spearthrowers, the gum produced is edible. The tree is called Garrga in the languages of the Yindjibarndi and Ngarluma people. The seeds have been identified, analysed, and monitored, as a 'wild harvested Australian indigenous food', by Food Standards Australia New Zealand. The product is found to very high in fats, over half by weight.

All content from Kiddle encyclopedia articles (including the article images and facts) can be freely used under Attribution-ShareAlike license, unless stated otherwise. Cite this article:
Maitland's wattle Facts for Kids. Kiddle Encyclopedia.