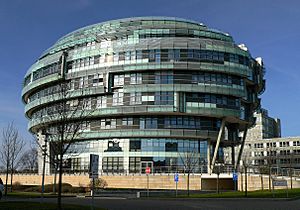 International Neuroscience Institute (in Deutsch) in Hannover, founded by Samii

Samii was born in Tehran, Iran on 19 June 1937. After having completed his high school education in Iran, he moved to Germany, where he started his medical studies at the University of Mainz. 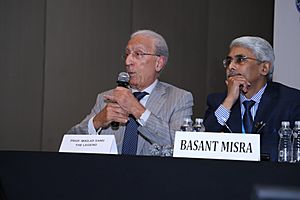 Samii received the "Physician" award by the north German city of Hanover. Former German chancellor Gerhard Schröder hailed the 70-year-old Samii for his medical contribution to neuroscience as head of the International Neuroscience Institute (INI), based in Hanover.

He is the president of the International Neuroscience Institute (INI).

In 2007, he received the "Friendship Award", from the Prime minister of China for his contribution to the medical progress of the country.

He had earlier received the 2014 Leibniz Ring Prize in Berlin.

In 2011, World Federation of Neurosurgical Societies coined a medal of honor bearing Samii's name which would be given to outstanding neurosurgeons every two years. The first awardee of this medal was Prof. Maurice Choux from France. 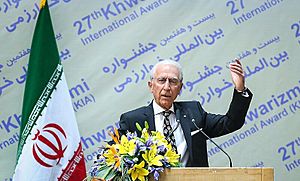 All content from Kiddle encyclopedia articles (including the article images and facts) can be freely used under Attribution-ShareAlike license, unless stated otherwise. Cite this article:
Majid Samii Facts for Kids. Kiddle Encyclopedia.