Marilyn Singer (born 3 October 1948) is an author of children's books in a wide variety of genres, including fiction and non-fiction picture books, juvenile novels and mysteries, young adult fantasies, and poetry. 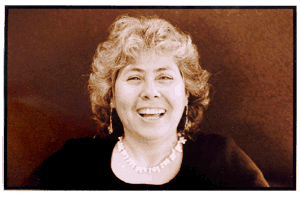 Marilyn Singer was born in the Bronx, New York City on October 3, 1948 and lived most of her early life in North Massapequa (Long Island), NY. She attended Queens College, City University of New York, and for her junior year, the University of Reading, England. She holds a B.A. in English from Queens College and an M.A. in Communications from New York University.

In 1974, after teaching English in New York City high schools for several years, Marilyn began to write – initially film notes, catalogues, teacher's guides and film strips. Then, one day, when she was sitting in the Brooklyn Botanic Garden, Marilyn penned a story featuring talking insect characters she'd made up when she was eight. Encouraged by the responses she got, Marilyn wrote more stories and in 1976 her first book, The Dog Who Insisted He Wasn't, was published by E. P. Dutton.

Since then, Marilyn has published over one hundred books for children and young adults. Her genres are many and varied, including realistic novels, fantasies, non-fiction, fairy tales, picture books, mysteries and poetry.

Magazine articles and Other publications

All content from Kiddle encyclopedia articles (including the article images and facts) can be freely used under Attribution-ShareAlike license, unless stated otherwise. Cite this article:
Marilyn Singer Facts for Kids. Kiddle Encyclopedia.