Maryanne Trump Barry (formerly Desmond; born April 5, 1937) is an American attorney and a senior judge of the United States Court of Appeals for the Third Circuit after being appointed by President Bill Clinton. She served as judge from 1999 until her retirement in 2011. Her younger brother is Donald Trump, who was elected as President of the United States on January 20, 2017.

Barry was born Maryanne Trump in Queens in New York City on April 5, 1937, the eldest child of real-estate developer Fred Trump and Mary Anne MacLeod Trump. She is an elder sister of Donald Trump, the 45th President of the United States .

Barry was nominated by President Ronald Reagan on September 14, 1983, to a seat on the United States District Court for the District of New Jersey vacated by Henry Curtis Meanor. She was confirmed by the United States Senate on October 6, 1983, and received her commission the next day.

In 1985, she recused herself in a drug-trafficking case due to her brother Donald's relationship with the accused trafficker. Her service in the district court ended on October 25, 1999, when she was elevated to the Third Circuit Court of Appeals.

Barry's reputation on the bench was that of a tough judge with strong command of her courtroom. 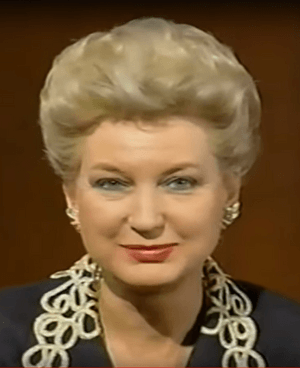 A Republican, Barry was nominated to serve on the United States Court of Appeals for the Third Circuit by Democratic President Bill Clinton on June 17, 1999. She was nominated to fill the vacancy created when H. Lee Sarokin retired in 1996. (Clinton had nominated Robert Raymar to the seat in 1998, but that nomination had expired at the end of the year without being given a hearing by the Senate Judiciary Committee.)

The Senate unanimously confirmed Barry on September 13, 1999. She received her commission on September 22, 1999.

In January 2006, Barry testified in support of the appointment of fellow Third Circuit Judge Samuel Alito to the Supreme Court.

On June 30, 2011, Barry assumed senior status. She took inactive senior status in the first week of February 2017, about two weeks after her brother's inauguration as president.

Barry retired on February 11, 2019. Her retirement brought an end to an investigation of whether she had engaged in fraudulent tax schemes with her siblings that violated judicial conduct rules. The investigation closed without reaching a conclusion about the allegations.

In private she has been critical of her brother Donald Trump.

All content from Kiddle encyclopedia articles (including the article images and facts) can be freely used under Attribution-ShareAlike license, unless stated otherwise. Cite this article:
Maryanne Trump Barry Facts for Kids. Kiddle Encyclopedia.