Mayor of London facts for kids

Kids Encyclopedia Facts
This page is about the elected mayor of Greater London. For the City of London mayor, see Lord Mayor of London. 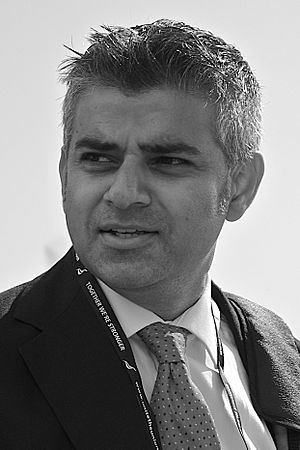 The Mayor is responsible for budgeting and strategic planning of some governmental functions across the whole of the London region. The plans of the mayor are looked at by the London Assembly and actioned by the Greater London Authority. Responsibilities include transport, the police, fire and emergency services, cultural strategy and economic development.

The mayor of London's salary is one that ranks along that of a government cabinet minister's. The current salary was £137,579 per year, as of 2016.

All content from Kiddle encyclopedia articles (including the article images and facts) can be freely used under Attribution-ShareAlike license, unless stated otherwise. Cite this article:
Mayor of London Facts for Kids. Kiddle Encyclopedia.