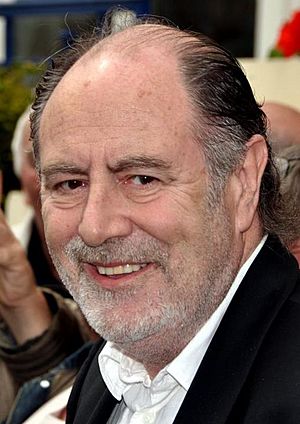 Jean-Michel Delpech (26 January 1946 – 2 January 2016), better known as Michel Delpech, was a French singer-songwriter and actor. He began his career in 1964. He released thirteen albums and over 50 singles. He appeared in the movie The Beloved (2011).

Delph was born in Courbevoie, Hauts-de-Seine. He was married to Chantal Simon until their divorce in 1976. He later married Geneviève Garnier-Fabre in 1985. He had three children.

All content from Kiddle encyclopedia articles (including the article images and facts) can be freely used under Attribution-ShareAlike license, unless stated otherwise. Cite this article:
Michel Delpech Facts for Kids. Kiddle Encyclopedia.