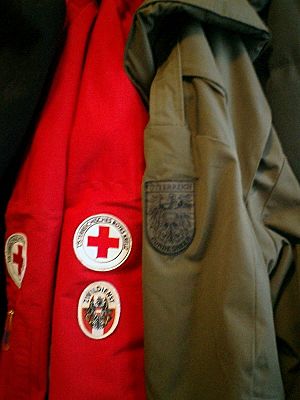 Many countries have armed forces, which they usually call military. Some people in these forces are soldiers, and they have a special education as a soldier. In many cases, the military is not only made of such people, but the country also requires its citizens to spend part of their life in the military. This time is usually called military service. In most cases, it will be done after a first education has finished, with adolescents and young adults. Most countries only require men to do this service, women often don't have to, but they can volunteer. A few countries require all people of a given age group to serve in the military. Very often, there's a concept called civil service, for people who do not want to carry weapons.

All content from Kiddle encyclopedia articles (including the article images and facts) can be freely used under Attribution-ShareAlike license, unless stated otherwise. Cite this article:
Military service Facts for Kids. Kiddle Encyclopedia.