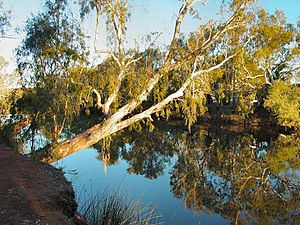 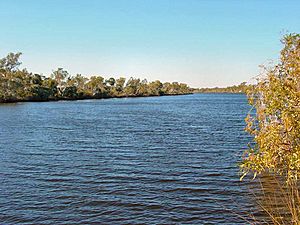 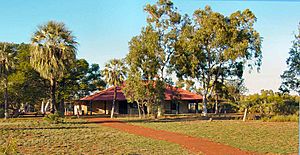 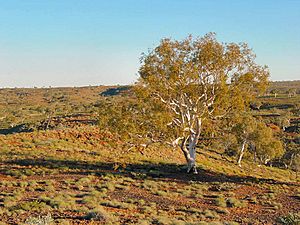 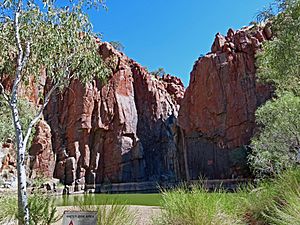 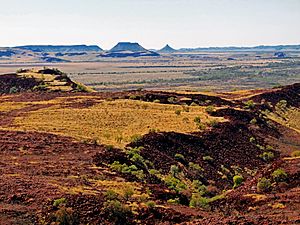 The park is made up of the old Millstream Station, which is on the Millstream Creek, just before it joins Fortescue River, one of the few permanent watercourses in the area and the Chichester Range.

The area is homeland of the Yinjibarndi people. Millstream Creek was named by the explorer Francis Thomas Gregory in 1861. He reported the favourable grazing prospects. The first pastoral lease was taken up on 1865.

The present Millstream Homestead was built in 1920. The homestead was a tavern between 1975 and 1986.

In 1970, the Chichester Range National Park was set aside and officially named. In 1975, the Conservation through Reserves Committee made recommendations for reserves in the Pilbara region, and subsequently, the Millstream region was integrated into the park in 1982.

The Yindjibarndi people work as rangers and contractors in the Park. The Millstream Homestead Visitor Centre is in the old homestead, which feature rooms dedicated to the Yinjibarndi people, the early settlers and the natural environment. Other displays provide information about the park's attractions and management challenges.

The Pilbara is located within the arid tropics. During summer, between October and April, temperatures rise above 40 °C (104 °F), and cyclones and local thunderstorms can flood roads and watercourses. The cool season, between May and August, experiences little rain, with daytime temperatures around 26 °C (79 °F). Nights at this time of year can be cool, so warm clothes may be necessary.

Camping is available at Miliyanha and Stargazers campgrounds. Miliyanha has a camp kitchen, toilets and generators are allowed. It has some shade in the mornings and afternoon. Stargazers is a more open site and generators are not permitted. A gas BBQ and toilets are provided. Both campgrounds are suitable for tent camping up to very large caravans and motorhomes, and can be accessed by two-wheel drive vehicles in good weather. Information concerning road conditions can be obtained from the Shire of Ashburton.

The Millstream Chichester area is a very significant Indigenous cultural site in northern Australia. Its cultural and mythological importance stems from thousands of years of occupation, with Millstream being the home of the mythical serpent or warlu, whose presence is still strongly felt at Nhanggangunha (Deep Reach Pool). All the pools are significant in this regard and warrant a high level of respect because of their spiritual and mythological importance.

Aside from its highly important spiritual significance, Millstream was an important campsite for inter-tribal meetings. The Fortescue River provided food and water, particularly during drier months. Along the river, Indigenous people had a varied diet of red meat, fish, reptiles, grubs, eggs, honey fruits and root vegetables. Extensive areas were burnt to create natural paddocks and attract kangaroos. The dry climate meant that knowledge of the locations of waterholes was important. The Indigenous people (Ngardangarli) were skilled in land management and were nomadic within their traditional boundaries.

Yindjibarndi and Ngarluma people continue to come to the park to spend time on country and to carry out customary activities. They are also represented on the Jirndawurrunhs Park Council which, in association with the Department of Parks and Wildlife, manages the strategic direction of the park.

All content from Kiddle encyclopedia articles (including the article images and facts) can be freely used under Attribution-ShareAlike license, unless stated otherwise. Cite this article:
Millstream Chichester National Park Facts for Kids. Kiddle Encyclopedia.