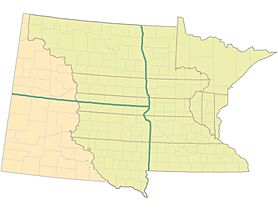 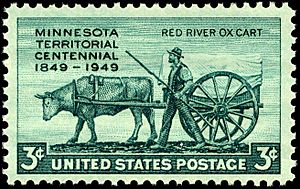 The Territory of Minnesota was an organized incorporated territory of the United States that existed from March 3, 1849, until May 11, 1858, when the eastern portion of the territory was admitted to the Union as the State of Minnesota.

All content from Kiddle encyclopedia articles (including the article images and facts) can be freely used under Attribution-ShareAlike license, unless stated otherwise. Cite this article:
Minnesota Territory Facts for Kids. Kiddle Encyclopedia.