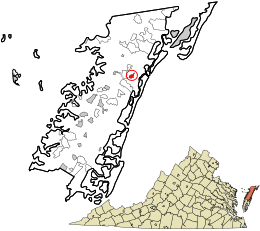 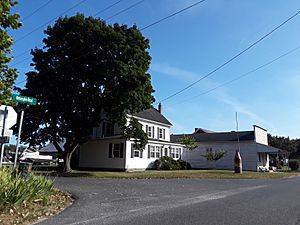 Modest Town (sometimes spelled Modestown) is a census-designated place (CDP) in Accomack County, Virginia, United States. The population as of the 2010 Census was 149.

The origin of the name "Modest Town" is obscure. In the mid-19th century, it was a point along the stagecoach route between Wilmington, Delaware and Eastville, Virginia.

All content from Kiddle encyclopedia articles (including the article images and facts) can be freely used under Attribution-ShareAlike license, unless stated otherwise. Cite this article:
Modest Town, Virginia Facts for Kids. Kiddle Encyclopedia.