Montacute Castle was a castle built on a hill overlooking the village of Montacute, Somerset, England.

Montacute Castle was built after the Norman Conquest of England in 1066 by Robert of Mortain. The castle was part of a new settlement called Mons Acutus - literally, sharp hill - built on land that Robert had acquired from Athelney Abbey in exchange for the manor of Purse Caundle, an expensive exchange for Robert. The natural features of the hill were used to form an oval-shaped motte and an inner bailey, surrounded by an outer bailey beyond. A park for hunting was established alongside the castle and the village. 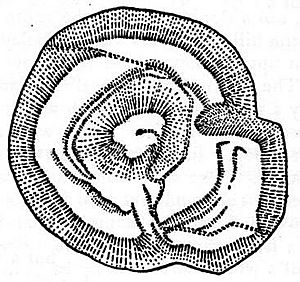 The location for the castle is thought to have been a deliberate political statement by Robert: before the battle of Hastings, the Anglo-Saxons had discovered what they believed to be a holy cross on the hill. Taken into battle by Harold Godwinson who held it in great esteem, "the holy cross" had also been used as the battle cry of the Anglo-Saxon army against the Normans.

Robert made Montacute Castle the caput, or main castle, of his honour, abandoning another castle he built in Somerset, Castle Neroche. The castle was unsuccessfully besieged in 1068 during a major Anglo-Saxon revolt against Norman rule, but the rebels were defeated by Geoffrey de Montbray, the Bishop of Coutances. In 1102, however, William of Mortain (Robert's son) gave the castle and the surrounding lands to the Cluniac order, who founded Montacute Priory there.

The castle was no longer of military value and was left to decline, although the castle chapel, dedicated to Saint Michael, continued in use until at least 1315. The antiquarian John Leland described the castle in 1540 as "party fell to ruin", and by this period it was being quarried for its stone, ultimately resulting in its disappearance. The castle chapel was eventually rebuilt after the destruction of the surrounding castle.

All content from Kiddle encyclopedia articles (including the article images and facts) can be freely used under Attribution-ShareAlike license, unless stated otherwise. Cite this article:
Montacute Castle Facts for Kids. Kiddle Encyclopedia.