Mount Discovery is a conspicuous, isolated stratovolcano, lying at the head of McMurdo Sound and east of Koettlitz Glacier, overlooking the NW portion of the Ross Ice Shelf. It forms the center of a three-armed mass of which Brown Peninsula is one extension to the north; Minna Bluff is a second to the east; the third is Mount Morning to the west.

Discovered by the British National Antarctic Expedition (1901–04) and named for their expedition ship Discovery. 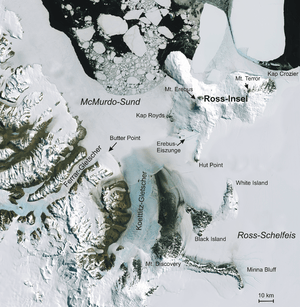 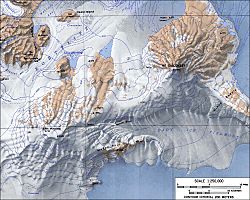 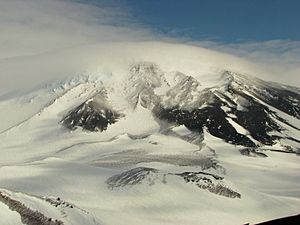 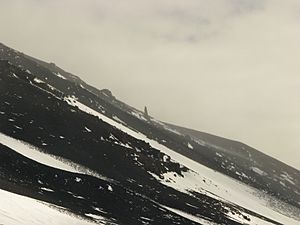 All content from Kiddle encyclopedia articles (including the article images and facts) can be freely used under Attribution-ShareAlike license, unless stated otherwise. Cite this article:
Mount Discovery Facts for Kids. Kiddle Encyclopedia.