Network 10 (commonly known as Channel 10 or simply 10) is an Australian commercial television network. One of five national free-to-air networks, 10's owned-and-operated stations can be found in the state capital cities of Sydney, Melbourne, Brisbane, Adelaide and Perth, while affiliates extend the network to regional areas of the country. The network is owned by Ten Network Holdings, a subsidiary of CBS Studios International.

The network was originally formed as the Independent Television System, after the Australian government began to issue licenses for a third commercial television channel in each state capital city; its first stations signed on in 1964 and 1965. In reference to the stations' channel numbers being either 0 or 10, it was later branded as the 0/10 Network, but was accordingly renamed Network Ten in 1980 after the stations on channel 0 began moving to 10.

The network struggled at the turn of the 1990s; Network Ten was liquidated in 1991, and its flagship stations were sold to Canadian media company Canwest the following year. Under Canwest, the network began to increasingly target a younger adult audience. In the 2000s, Network Ten achieved ratings successes with reality programs such as Australian Idol and Big Brother, and later MasterChef Australia, and finished second among Australia's television networks in metropolitan viewership in 2004.

In September 2009, Canwest sold its stake in the network due to Canwest's increasing debt. Facing declining viewership, the network had its own financial difficulties in the 2010s. In 2017, three of Ten's major shareholders refused to be guarantors of a required $250 million loan, sending the network into administration. Two of the shareholders attempted to acquire the entire network, but it was Ten's largest creditor, the US media conglomerate CBS Corporation, that ultimately emerged as its new owner. 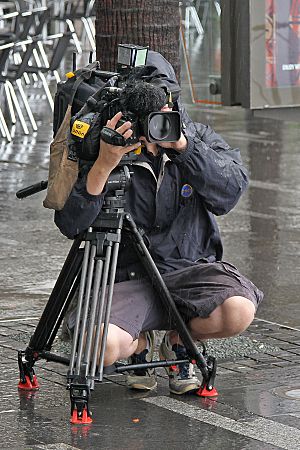 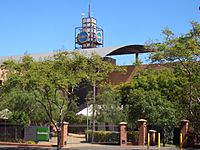 Shows that Network Ten buy from other countries and broadcast in Australia include:

Shows made in Australia for Network Ten include:

From 1964 to 1984 Network Ten's four stations – ATV-0/ATV-10 Melbourne, TEN-10 Sydney, TVQ-0 Brisbane and SAS-10 Adelaide – used different logos to identify themselves. There had also been a number of network-wide logos used from the mid-1960s through to the early 1980s.

Kicking off several years of branding upheaval, in January 1988 ATV-10, ADS-10 and TEN-10 all adopted the "X TEN" logo, followed by Perth's NEW-10 when the station launched in May of that year, and finally TVQ-0 in September, when the station changed frequency and became TVQ-10. In July 1989, the network rebranded again to "10 TV Australia".

In January 1991, the network introduced a new logo featuring a lowercase "ten" in a circle. Four variations of this logo would appear over the next 27 years.

On 31 October 2018, Ten unveiled a new logo in its first major rebranding since 1991. The new branding replaces the "ten" wordmark with a numeric 10 in a circle.

All content from Kiddle encyclopedia articles (including the article images and facts) can be freely used under Attribution-ShareAlike license, unless stated otherwise. Cite this article:
Network Ten Facts for Kids. Kiddle Encyclopedia.