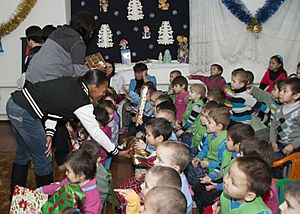 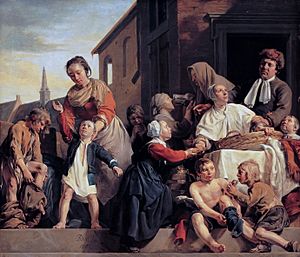 An orphanage is an institution that takes in and cares for orphans. It can also mean state of being an orphan. This is when a child is an orphan.

Historically it was very often the church or the state who cared for orphans.

All content from Kiddle encyclopedia articles (including the article images and facts) can be freely used under Attribution-ShareAlike license, unless stated otherwise. Cite this article:
Orphanage Facts for Kids. Kiddle Encyclopedia.