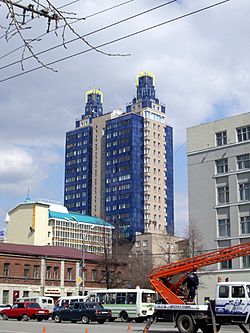 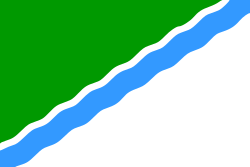 It was founded in 1893 as the future site of the Trans-Siberian railway bridge crossing the great Siberian river Ob. Its importance further increased early in the 20th century with the completion of the Turkestan-Siberia Railway connecting Novosibirsk to Central Asia and the Caspian Sea.

City name may be translated as New Siberian. From 1893 until 1925 Novosibirsk was called Novonikolayevsk.

Industries include machine manufacturing and metallurgy. It is the home of one of Novosibirsk State University (situated in nearby Akademgorodok), a number of institutes and a scientific research center. Novosibirsk boasts opera and ballet companies, several theaters, museums, and art galleries, and numerous sports facilities.

All content from Kiddle encyclopedia articles (including the article images and facts) can be freely used under Attribution-ShareAlike license, unless stated otherwise. Cite this article:
Novosibirsk Facts for Kids. Kiddle Encyclopedia.