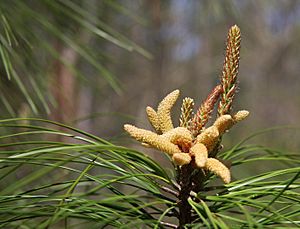 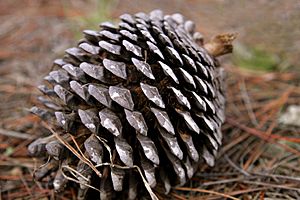 Pines are a large and important genus of conifers in the family Pinaceae. The Plant List of the Royal Botanic Gardens, Kew and Missouri Botanical Garden lists 126 species of pines, plus some synonyms.

At maturity, the cones usually open to release the seeds, but in some of the bird-dispersed species (e.g. whitebark pine), the seeds are only released by the bird breaking the cones open. In others, the seeds are stored in closed ("serotinous") cones for many years until an environmental cue triggers the cones to open, releasing the seeds. The most common form of serotiny is pyriscence, in which a resin binds the cones shut until melted by a forest fire.