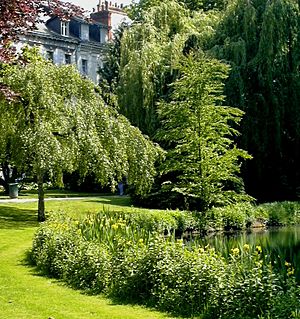 A public park in the city of Tours, in France 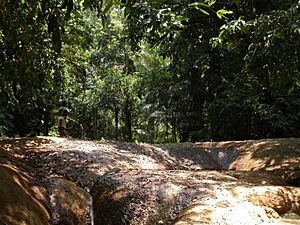 A park is an open place in a city or town for nature. There are often trees, benches, statues, and ponds in a park. Some parks built in big cities are very large. These can have fountains or picnic areas.

Sometimes, countries or regions set up national parks. These are usually large areas of land. Those areas are made to protect the habitats of animals. Very often, a special permit is necessary to enter. Building things in the park is usually forbidden, or needs a special permit.

An example of a national park is Yellowstone National Park.

All content from Kiddle encyclopedia articles (including the article images and facts) can be freely used under Attribution-ShareAlike license, unless stated otherwise. Cite this article:
Park Facts for Kids. Kiddle Encyclopedia.