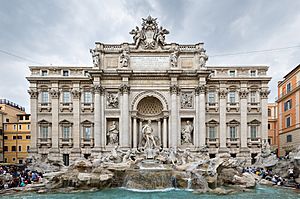 The Trevi fountain in Rome 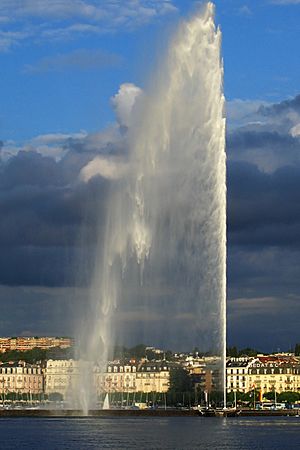 The Jet d'Eau in Geneva

A Fountain is an arrangement, usually made by man; in it, the water from a source is captured in some way. Most often, it is used to fill a basin of some kind. Sometimes there are many basins, and water runs from one into the next. It is also common to have sculptures in fountains.

Sometimes jets are used to make the water go high into the air, using pressure.

All content from Kiddle encyclopedia articles (including the article images and facts) can be freely used under Attribution-ShareAlike license, unless stated otherwise. Cite this article:
Fountain Facts for Kids. Kiddle Encyclopedia.