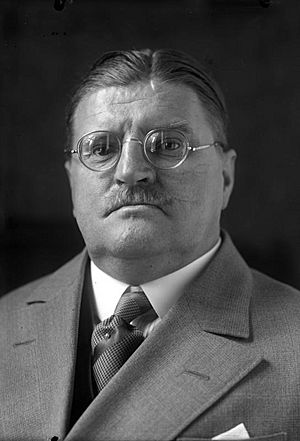 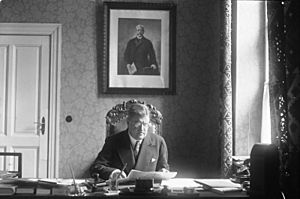 Otto Lebrecht Eduard Daniel Meissner (13 March 1880, Bischwiller, Alsace – 27 May 1953, Munich) was head of the Office of the President of Germany during the entire period of the Weimar Republic under Friedrich Ebert and Paul von Hindenburg and, finally, at the beginning of the Nazi government under Adolf Hitler.

All content from Kiddle encyclopedia articles (including the article images and facts) can be freely used under Attribution-ShareAlike license, unless stated otherwise. Cite this article:
Otto Meissner Facts for Kids. Kiddle Encyclopedia.