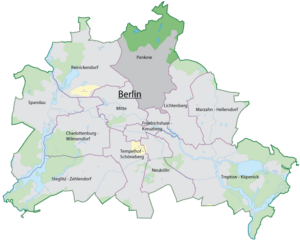 The location of Pankow in Berlin. 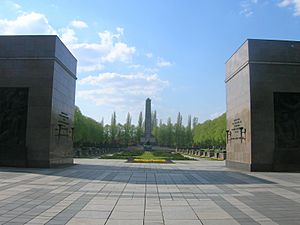 Pankow [] is one of the new borough of Berlin. In 2001, the old borough of Pankow was merged (joined) with the former boroughs of Prenzlauer Berg and Weißensee.

The Rykestrasse Synagogue Germany's largest synagogue, is located in the Prenzlauer Berg neighbourhood of the Pankow district.

All content from Kiddle encyclopedia articles (including the article images and facts) can be freely used under Attribution-ShareAlike license, unless stated otherwise. Cite this article:
Pankow Facts for Kids. Kiddle Encyclopedia.