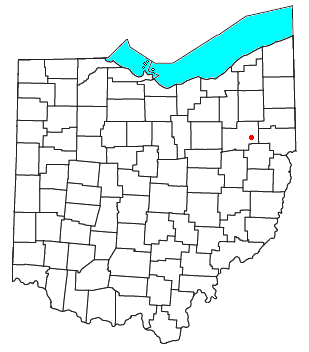 Paris is an unincorporated community in northwestern Paris Township, Stark County, Ohio. Although it is unincorporated, it has a post office, with the ZIP code of 44669. It lies along State Route 172 between East Canton and Lisbon. The community is part of the Canton–Massillon Metropolitan Statistical Area.

Paris was laid out in 1813 on a stagecoach turnpike. A share of the early settlers being natives of France most likely caused the name Paris to be selected. A post office called Paris has been in operation since 1822.

All content from Kiddle encyclopedia articles (including the article images and facts) can be freely used under Attribution-ShareAlike license, unless stated otherwise. Cite this article:
Paris, Stark County, Ohio Facts for Kids. Kiddle Encyclopedia.