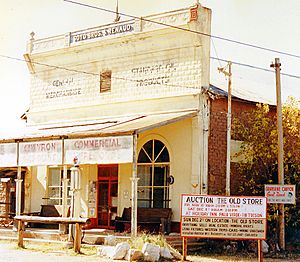 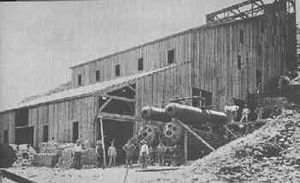 Pearce, Arizona, and Sunsites, Arizona, are adjacent unincorporated communities in the Sulphur Springs Valley of Cochise County, Arizona, United States. The two communities are often referred to as Pearce-Sunsites, Pearce/Sunsites, or Pearce Sunsites.

Pearce is best known as a historic ghost town. Sunsites, founded in 1961, adjoins Pearce, and the Sunizona and Richland developments are nearby. All of these communities share the Pearce, Arizona post office and ZIP code, 85625. The 85625 ZIP Code Tabulation Area, which includes the four communities named plus a large surrounding rural area, had a population of 2104 at the 2000 census. The Pearce-Sunsites economy is based on retirees and tourism.

Fittsburg was the site of the Commonwealth Mine and is located about one mile east of Pearce.

Pearce is a mining ghost town named for Cornishman James Pearce, miner and cattleman, who discovered gold nearby at what became the Commonwealth Mine in 1894. The Pearce Post Office was established on March 6, 1896. The railroad station opened in 1903. By 1919, Pearce had a population of 1,500. The town declined in the 1930s, and became almost a ghost town in the late 1940s, when the mine closed for the last time.

The Commonwealth Mine became one of Arizona's major silver producers. Over 1,000,000 tons of ore were produced from 1895 to 1942. There are about 20 miles of underground workings. The mine produced about $8 million worth of silver and $2.5 million in gold at a time when silver was priced around 50 cents an ounce, and gold was $20 an ounce.

Sunsites was established in the 1950s and 1960s by New York lawyer Joseph Timan and his Horizon Land Company.

Pearce is the home of two properties on the National Register of Historic Places. The Old Pearce General Store opened in 1896. The store remained open as a tourist attraction after Pearce (almost) died, and remains open in 2009. Our Lady of Victory Catholic Church was added to the National Register of Historic Places in 2004. There are a number of other historic structures still extant in and around Pearce, some still in use, others in ruins.

All content from Kiddle encyclopedia articles (including the article images and facts) can be freely used under Attribution-ShareAlike license, unless stated otherwise. Cite this article:
Pearce, Arizona Facts for Kids. Kiddle Encyclopedia.