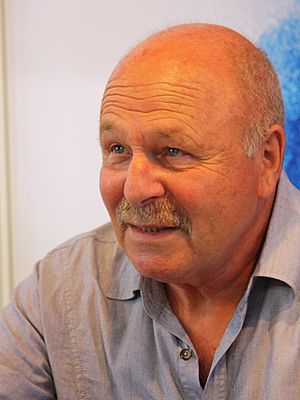 Petr Skoumal (7 March 1938 – 28 September 2014) was a Czech musician and composer. He was best known for composing for many movies and television shows. He started his career in 1971 and his last credit was in 2013. He worked on animation shorts such as Pat & Mat and Maxipes Fík.

Skoumal was born in Prague, Czechoslovakia. He was the son of translator Aloys Skoumal.

All content from Kiddle encyclopedia articles (including the article images and facts) can be freely used under Attribution-ShareAlike license, unless stated otherwise. Cite this article:
Petr Skoumal Facts for Kids. Kiddle Encyclopedia.