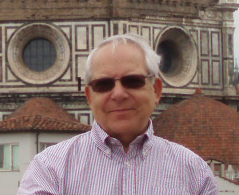 Petr Weigl (16 March 1939 – 14 July 2018) was a Czech director and playwright. He created a number of short and feature movies for the Czech and Slovak Television, as well as for German public channel ARD and ZDF, British channels BBC and Channel 4. He was twice nominated for the Emmy Award.

All content from Kiddle encyclopedia articles (including the article images and facts) can be freely used under Attribution-ShareAlike license, unless stated otherwise. Cite this article:
Petr Weigl Facts for Kids. Kiddle Encyclopedia.