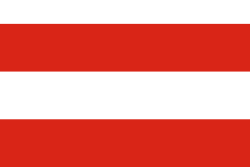 Brno (-Czech, German: Brünn) is the second largest city in the Czech Republic. About 400,000 people live there. It is in the center of the historical region Moravia. Brno is the capital of the South Moravian Region.

There are many historical monuments in the city, for example the Špilberk Castle, Villa Tugendhat, or the St. Peter and Paul Cathedral.

Masaryk University, the second largest university in the Czech Republic, is there. Among other universities in the city are Janáček Academy of Music and Performing Arts or Brno University of Technology.

All content from Kiddle encyclopedia articles (including the article images and facts) can be freely used under Attribution-ShareAlike license, unless stated otherwise. Cite this article:
Brno Facts for Kids. Kiddle Encyclopedia.