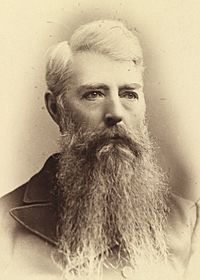 Fysh was born in Highbury, London. His wife died in 1912. The couple had at least nine children. Fysh died on 20 December 1919 in Sandy Bay, Hobart, at the age of 84. The Canberra suburb of Fyshwick is named in honour of him.

All content from Kiddle encyclopedia articles (including the article images and facts) can be freely used under Attribution-ShareAlike license, unless stated otherwise. Cite this article:
Philip Fysh Facts for Kids. Kiddle Encyclopedia.