Platanaceae is a family of flowering plants. The family has only one genus platanus. This genus has six to ten species of tall trees. The trees grow naturally in temperate and subtropical regions of the Northern Hemisphere. In all species, the flowers grow in dense groups of small flowers. The fruits are small achenes with hairs near the base. 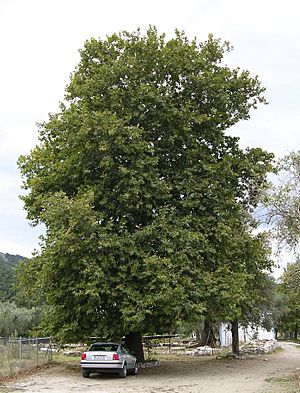 All content from Kiddle encyclopedia articles (including the article images and facts) can be freely used under Attribution-ShareAlike license, unless stated otherwise. Cite this article:
Platanaceae Facts for Kids. Kiddle Encyclopedia.