Kids Encyclopedia Facts
This page is about the bay in Florida, USA. For the bay in Puerto Rico, see Bahía de Ponce. 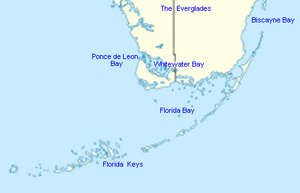 Ponce de Leon Bay is a bay on the Gulf of Mexico in southwestern Florida in the United States. The bay is located in Monroe County at the northwestern end of Cape Sable in the Everglades National Park. Ponce de Leon Bay leads into Oyster Bay to the east, then into Whitewater Bay. The bay lies between Northwest Cape and Shark Point. It is named after Juan Ponce de León, a Spanish explorer who was the first recorded European to reach Florida. 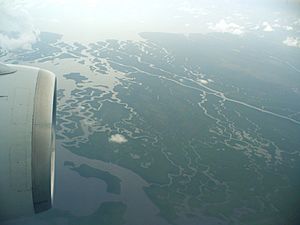 All content from Kiddle encyclopedia articles (including the article images and facts) can be freely used under Attribution-ShareAlike license, unless stated otherwise. Cite this article:
Ponce de Leon Bay Facts for Kids. Kiddle Encyclopedia.